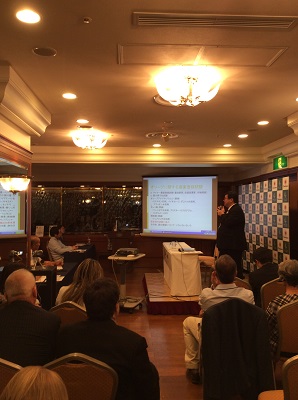 Olive Japan 2014 completed its third year, with a remarkable number of participants from all the olive oil producing countries, old and new onesnbsp

A total of 17 countries, ranging from the southamerican Chile to the mideuropean Croatia along with all the traditional Mediterranean olive oil producing countries exhibited their products in open air stands from 25-27 April, in Tokio, Japannbsp

At the Extra Virgin Olive Oil Competition organized during Olive Japan 2014, the number of entries overtopped by far the expected number, hitting 400 in total 21 countries were represented, 7 from the southern and 14 from the northern hemisphere The largest number of extra virgins was sent in by Spain 125, Italy 71 and Greece 46 The corresponding awards were for Spain 88, Italy 51 and for Greece 14

Mr Toshiya Tada, Chairman and General Director of the Olive Oil Sommelier Association of Japan OSAJ talked to our camera about the whole project

The Competition was followed by an Olive Oil Sommelier Concours for Japanese olive oil Master Tasters while on April 25th an one day international Symposium on an olive oil quality was held, with an audience of 120 olive oil fans, olive oil producers, merchants and media people from Japan and the participation of speakers from USA, Australia, Spain, Italy, Greece and Israel

Dr Fathi abd El-Hadi presented new techniques for cultivation in desert type areas, poor in water which were applied successfully in the area of Siva in Egypt

At the panel on olive oil quality that succeded, participated representatives from 8 countries

Mrs Rhea Spyridou, from Axion Agrotiki Ltd-Greece, spoke on the concept of traceability and how this is applied by three Greek Agricultural Organisation, that of Peza, Mirambello and Messologiou- Nafpaktiasnbsp

Olive Japan 2014 was completed with the exhibition which was comprised nbspby 53 stands where extra virgin olive oils and other olive products such as cosmetics, food prepared with olive oil as well as table olives were presented

Among the number of exhibitors was Japan itself Japan, which now grows olive oil trees in several places within the country in Kunisaki, Oita Region, in Nagayo, Nagasaki Region, in Setutsi, Okayama Region and Sontoshima, Kagawa Region The latter is called ldquoThe Mediterranean of Japanrdquo and shows the highest production with its 10-20 tons of olive oilnbsp

For further information about Japanese Olive Sector as well as a short market survey, you can read here

At this very special point we would like to mention the participation of three Greek Agricultural Cooperatives, that of Peza, Mirambello and Messologiou NafpaktiasnbspThese three Coops work along with the italian CNO within the framework of an EU project Reg 867/08 concerning traceability systems Project manager for this greco-italian cooperation Axion Agro Ltd


This yearrsquos participation was a stand in the of Futako Tamagawa Centre where all the traced products were exhibited and the Union of Peza showcased its new product, the traceable extra virgin olive oil ldquoANASSArdquonbspnbsp