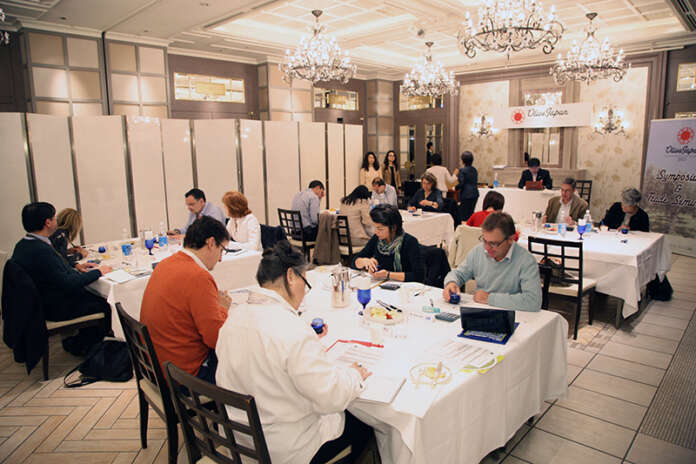 The organizer of tthe International Extra Virgin Olive Oil Competition – Olive Japan 2014 was the Olive Oil Sommelier Association of Japan OSAJ Mr Toshiya Tada, Chairman and General Director of the Association, talked to our camera about the whole project

The samples were assessed by 18 judges from around the world

Greek Olive oil did not make it to the premier category, while only 9 made it to the gold medal