If Ukraine crisis was the first wave, Indonesia now threatens global food industry with a tsunami of developments. 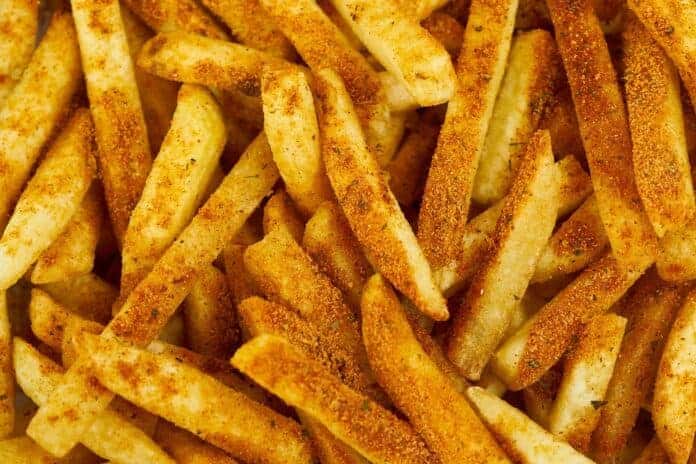 Indonesia is the world’s largest producer and exporter of palm oilwhich corresponds tothe No. 1 consumption of all vegetable oils worldwide. The Indonesian authorities have decided to stop palm oil exports, from today (yesterday), 28/4/2022. The impact on the global food industry – and edible oils in particular – is enormous. It might be compared to the 1883 eruption of Krakatoa, Indonesia’s best-known volcano, which at the time caused enormous damage as it was equivalent to 13,000 atomic bombsat Hirosima.

It sounds unbelievable, but the average annual consumption of palm oil worldwide is 8 kg per person, while for Indonesia the value of palm oil exports exceeds $15 billion per year.

The war in Ukraine triggered multiple developments in the global food chain due to sunflower oil, corn oil, cereals and more (fertilizers, etc.). Issues that dealt extensively with the open discussion recently organized by the Greek Scientific Society of Olive Encyclopaedists(4E) whose recent conference and its brief conclusions can be found on the channel of Olivenews on Youtube. If Ukraine was the first wave, now Indonesia is threatening the global food industry with a tsunami of developments.

Palm oil, the No. 1 oil on the world vegetable oils’ market

Palm oil production is growing at a rapid pace, especially during the recent years. It is already the number 1 vegetable oil – estimated at about 60% – produced and consumed worldwide with four main uses:

As an edible vegetable oil, palmolein (about 80% of palm oil) is cheap and very popular in the diet of many millions of people. After all, the reason why the Indonesian government made this decision is to ensure the nutritional adequacy of Turkish people, with the same reasoning that President Erdogan has decided to ban the export of 37 agricultural products, critical to the diet of the Turkish people, as soon as the war broke out in Ukraine, despite the inevitable economic consequences.

– Palmstearin (the remaining 20%) is widely used in the food, cleaning and cosmetics industry, in a huge range of items that can cover more than 50% of supermarket labels, from the simplest such as chips, to more “hidden” that one can hardly imagine. I hope the bottled water will be saved, becauseI have discovered it even in “traditional” cookies.

– A special subcategory that we are particularly interested in are the oils that are used for frying, which are widely used in mass catering (Ho.Re.Ca).

– Finally, there is another use, as biofuel (biodiesel).

The importance of banning palm oil exports from Indonesia

As mentioned before, the ban on palm oil exports from Indonesia is expected to generate a similar to Krakatoa effect as it accounts for about 30%, being the largest producer and exporter of palm oil in the world. Let’s imagine what it would mean if Spain for example banned the export of olive oils for its own reasons …

Once Indonesia, the world’s biggest producer and exporter, closes its borders, the burden will fall on Malaysia, the No. 2 in the world producer. However, this country cannot fill Indonesia’s gap, so the impact can be translated to the following two repercussions:

Firstly, large shortages and generalized price increase. It should be noted here that all commodity seed oils are “communicating containers”, which means that their markets interact. During the last few months, their prices have risen due to reduced yields (soybean oil, rapeseed oil, canola), because of the war in Ukraine (sunflower oil, corn oil) but also due to the general disruption of the global supply chain, energy costs, transport costs etc.

Now, Indonesia’s decision launches into space the already high prices reported recently.Secondly, in another stage in the future, the generalized shortages and the rise of the prices should be specialized according to the use of the products derived from palm oil (see above),depending on the country that has importingthem and the economic level of the consumers. Or, in other and simple words: “whoever survives”. Some of the consumerswill buy it more expensive, others will be forced to reduce consumption, others will miss it completely. The answer to the question for uses such as biodiesel requires specialized knowledge, as well as other uses in the food industry.

Is it a potential sigh of relief for our health, the people and the planet?

Maybe these developments are a “violent opportunity”that can benefit the health of the planet and the consumers.

The relatively easy profit from palm cultivation has led countries such as Indonesia and Malaysia, and countries from the West part of Africa to massively deforestatewild forests, in order to replace them by palm plantationswhich have tripled in size over the past 20 years. The UN is trying to make decisions to save the virgin forests, but this is not easy at all.

Palm oil, in addition to being a threat to the planet’s viability, is also a threat to human health, according -at least- to a number of valid scientific studies. Although its manufacturing industry insists that all measures are taken during the refining stage, it is still a vegetable oil, the composition of which is very similar to that of animal fats and oils.

In conclusion, we have to remain faithful and defend olive oil – where the 1.25% of world vegetable oil production belongs -, in the Mediterranean diet, that is healthy for the human body and the natural environment.