Why extra 35,000 tons of Tunisian olive oil, are not a threat for European producers 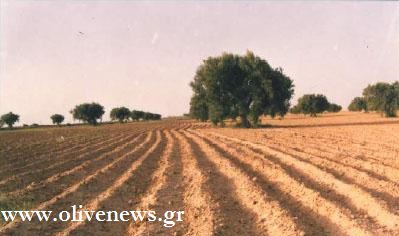 This decision met serious opposition from many olive oil producing countries of the EU such as Greece, Italy and Spain

Why this increase is not a threat for European olive producers ?
Opposite the uproar that had risen up, not only abroad but in Greece as well, we as Olivenewsgr depicted most European politiciansrsquo, trade unionistsrsquo and journalistsrsquo reactions as hypocritical, with a large dose of ignorance and obsolete for the real interests of European olive oil producers

1 The ceiling of 35,000 tons per year can rarely be exhausted
Either because the Tunisian production is not enough for such large exports or and because Italy and Spain do not need to import such large quantities
Last year 2014/15 was one of the rare exceptions when the record production of Tunisia 330,000 ton, coincided with the reduced production in Spain 835,000 ton and the catastrophic one in Italy lt150,000 tn

2 The additional 35,000 tons is really a symbolic gesture for purely political reasons
In fact the limit of 56,700 tons can difficulty be exceeded due to the mechanism of TPA According to the mechanism, any European country excluding Greece has the right to import from third countries, any extra quantity of olive oil needed, despite the ceiling, provided that this amount be ldquoprocessedrdquo and then exported to another third country Thus eg Italy or Spain import olive oil from Tunisia without any quantitative or qualitative limit either for refinement or bottling and then re-export it to the US or elsewherenbspNote that EU imports from third countries, during the olive year 2012/13 reached to 111,400 tons and during 2014/15 to 145,200 tons without any duties paid, just because certain EU countries made use of the TPA mechanism

3 The fall in olive oil prices during November and December 2015 was completely irrelevant to the European Commission#39s proposal for the Tunisian imports
Actually the fall was solely due to the fact that following the previous yearsrsquo reduced olive oil production in Spain and Italy, led to higher price levels something that came to normalization due to this yearsrsquo more elevated production

4 Tunisian Olive oil does not endanger the income of Greek producers
If someone compares the prices of relevant qualities between Tunisian and Greek olive oils, then he could easily spot that Tunisian is more expensive than the Greek one Moreover, having in mind that the production costs are lower in Tunis compared to Greece something that equals to more money for the producer, then they should be more anxious about how managing to offer the same to the Greek producers and their income

The political aspect
The proposal of the European Commission and the decision of the European Parliament were based on terrorist attacks that took place in Tynisia by Islamist militants during 2015 and which have accomplished a huge blow to tourism, one of the two revenue pillars of economic life of the country The second pillar is olive oil, which covers 50 of the value of its exports Tunisia after the quotArab Springquot has adopted the democratic regime type, which is a quotnail in the eyequot for jihadists

Meanwhile, we can imagine that no Mediterranean country could easily accept a new refugee wave added to the present one deriving not from the Eastern Mediterranean but from North African countries like Tunisia

Trump to impose tariffs on Greek and Italian olives and olive oils; to “destroy” Spain